Before you start any Facebook advertising campaign, there’s one thing you should do: Install the Facebook Pixel

If you’re planning to spend money on Facebook, installing the Facebook pixel is one of the most important things you should do. You should really have it installed before you spend a penny.

But what is this pixel thingy…?

Facebook describes the pixel as “…an analytics tool that allows you to measure the effectiveness of your advertising by understanding the actions people take on your website“.

Essentially, it’s a piece of code* that you install onto your website which then allows you to track and monitor things happening on the site. As well as some other cool stuff. 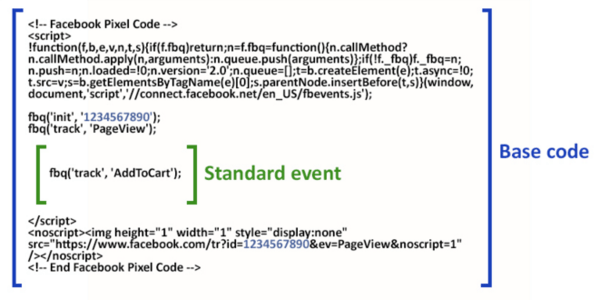 There are three main things that the pixel does:

If you’re sending traffic to a landing page, or to your website, you want to be able to track what they’re doing, right?

You’re gonna want to know if your ads are effective or not.

Are people taking the action you want them to take when you send them to your site?

The Facebook pixel allows you to monitor all of that, so you can see whether your ads are performing well or not.

In this example, we can see that by retargeting our website traffic, we’re acquiring 14-day free trial sign ups at $19.66 each. Without the pixel, we wouldn’t be able to see the fact we’ve had those 127 sign ups as result of this ad.

Another reason to use the pixel is it helps with optimising your campaigns.

The more conversions you get (and therefore the more data the pixel acquires) the smarter Facebook gets.

Which means, when you’re running ad campaigns, Facebook has a better idea of who to serve your ad to. Let me give you an example…

If you’re running an ad campaign that’s going out to an audience of 1 million people, Facebook has to try and find the people within that 1 million that are most likely to convert/take the action you want them to take (whether that’s engaging with your page, clicking on your ad or converting on a specific offer).

Without the pixel, Facebook has less of an idea on who to serve that ad to, so it’s going to serve the ad to anyone within that 1 million.

With the pixel, it can see what type of person is converting best and therefore serve your ad to more people like that.

Last but certainly not least, it allows you to create retargeting audiences based on people that have visited your website.

If someone comes to your website (whether that’s through Facebook or another source, such as Google), the pixel ‘fires’ and tracks them.

You can then go into Facebook and create what’s called a custom audience around people that have visited your site. 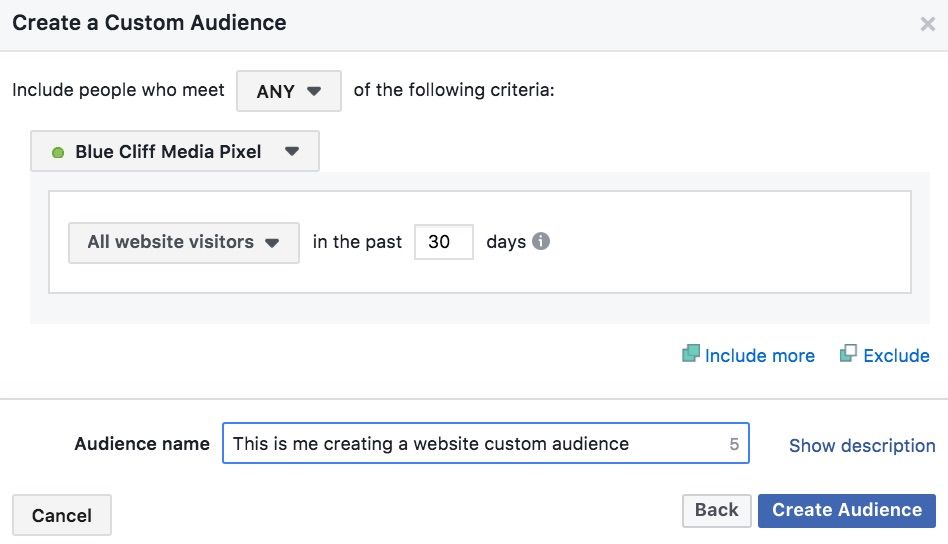 The pixel holds the data on website visitors for 180 days, meaning if someone visited your website 180 days ago, you can still target them with an ad*. You can go as specific as you want with this, for example, you can target people that have visited specific pages on your site, targeting them with a specific ad.

Note: Even if you’re not planning to advertise yet, I still recommend installing the pixel because of this. You’re gathering data which you might use down the line.

Hopefully, the section above gives you an idea on why you need it, but if not, here are a few benefits of using the pixel:

One of the biggest problems people make when running ads on Facebook is targeting the wrong people.

If you’re targeting an ad to people that fundamentally aren’t interested in your offer/content, your campaign is never going to work.

When you target someone that’s never heard of you before, chances are, they don’t care what you have to say… because they’re on Facebook speaking to friends and family. You’re interrupting them.

With the pixel, we’re able to target people that have been on our website already. This is awesome.

Someone might find your website through Google. But when they find it, they might be sat on the toilet or busy with their kids… so it’s easy for them to visit your site and leave without taking any actions.

By retargeting them on Facebook, we can remind them to come back. Because they already know who we are, hopefully they’re going to be much more likely to take the action we want them to take.

We take our custom audience (such as website traffic) and ask Facebook to go out and find more people that match the same characteristics as those who visited our site (or ‘look like’ those people). This can be a very powerful way to find new, relevant people.

Learn about Lookalike audiences and how to use them here.

Facebook is a data game. We make assumptions on what we think is going to work, then we test it and see whether it does or not.

We need as much data as possible to see whether what we’re doing is actually working. Because we can then reallocate budget to the campaigns, audiences and ads that are performing best. If we see one campaign isn’t working, we can switch it off and shift that budget over to the campaign that is working.

We wouldn’t be able to do that without the pixel’s data.

The pixel code goes in between the <head> tags on your site.

Luckily there are some easy ways to get it installed, without having to edit the code (or even understand code) on our site.

If you want to check whether your pixel has been installed properly, you can use a cool tool called PixelHelper.

If you’re looking to spend money on Facebook but find it all a little overwhelming, you’ll want to check it out.